Gray TV NBC affiliate KWQC/6.1 (Davenport) informed the FCC that it began operating at reduced power on Nov. 29 due to technical problems with its transmitter. The station normally transmits with 1,000kW and is using its auxiliary transmitter, which is licensed for 78kW.

The Educational Media Foundation’s KQKL/95.3 (Keokuk) is operating at reduced power of 350 Watts ERP due to antenna damage. The “K-Love” station normally transmits with 100kW, reaching Burlington and Quincy. (12/6/2020)

Townsquare Media has swapped formats on two of its Waterloo-market stations, sending its Country format to a larger regional signal.

92.3 had carried Country for decades as KOEL-FM up until 2003, when a previous owner consolidated Country formats on 98.5 and brought Contemporary Hits back to the market on 92.3. Its 100kW/297m (class C0) signal transmitting from Oelwein has coverage of rural northeastern Iowa as well as a rimshot signal to Cedar Rapids. 98.5’s signal is more limited to the immediate Waterloo area with 15kW/129m (class C3). 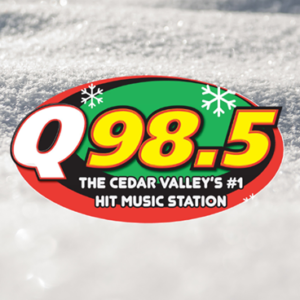 FCC Monitor: Several Stations Off Air or At Reduced Power

Calvary Chapel Clarinda’s KFOM/88.7 (Stanton) went off the air Oct. 29 “because the previous site is no longer available.” The 100-Watt station has a pending application to move to a different site about a mile to the southeast.

Community Broadcasting/Bott Radio Network’s KRNQ/96.3 (Keokuk) is transmitting at reduced power of 384 Watts ERP due to failure of the main antenna. The station normally transmits with 19kW. As previously reported, KQKL/95.3 (Keokuk), which transmits from the same tower, submitted a similar filing a few days earlier.

Putbrese Communications’ KWKY/1150 (Des Moines) may be operating at reduced power due to construction work at its transmitter site. The station is licensed for 2.5kW day and 1kW night, directional, and requested special temporary authority to transmit with 25% of licensed power.


PBS station KSMQ-TV/15.1 (Austin) reported that it has been operating at 80% of licensed power since Dec. 1 due to a transmitter problem. It normally transmits with 319kW.

Gray TV NBC affiliate WOWT/6.1 (Omaha) amended its earlier request for special temporary authority to say that it has further reduced power and is now transmitting with 52.5kW. WOWT is licensed for 1,000kW and had reduced to 660kW in October due to equipment failure. Its latest filing says the station anticipates getting up to 50% of licensed power by the end of December and back to full power in mid-January. (12/13/2020)

After some question about whether it would be part of the merged company, it turns out Minneapolis owned-and-operated ION affiliate KPXM/41.1 (St. Cloud) will not be divested.

An earlier version of Scripps purchase of ION had said that KPXM, along with ION stations in the San Francisco and Philadelphia markets, might be divested to comply with ownership caps if Scripps’ purchase of ION closed before its sale of WPIX (New York) to Nexstar. An amended filing says Scripps now expects the WPIX sale to close before the ION purchase, giving it room under FCC regulations to keep KPXM and the other two stations.

Following the amendment, the FCC approved Scripps’ purchase of ION from an entity controlled by Black Diamond Capital Management for $2.65 billion. Scripps will still divest 23 ION stations, all of them outside of the Upper Midwest, to INYO Broadcast Holdings for $30 million.

After the merger and divestiture, Scripps will own 108 stations in 76 markets. It says it will be the nation’s largest television broadcaster reaching 73% of households. It complies with the ownership cap of 39% because of the UHF discount, which only counts stations transmitting on UHF as if they reached half of the households in their market. (12/20/2020)

Iowa Educational Media Foundation was granted another extension of special temporary authority for KIMI/107.7 (Malvern, IA) to operate at reduced power of 110 Watts as it continues to work with the Federal Aviation Administration to resolve a long-running conflict over interference to air navigation at Offutt Air Force Base. The station’s latest filing says the FAA has now approved a plan to move KIMI to a different transmitter site, but an application for that facility change has not yet been filed with the FCC. The FCC granted a license to cover for the station on 107.9 in Humboldt, NE, in 2017, but FCC records show it has been transmitting from Iowa on 107.7 since 2013 under a series of temporary authorizations.

Tegna stations in Minneapolis, Des Moines, the Quad Cities, and 48 other markets are back on DirecTV after a nearly three-week outage caused by a retransmission consent dispute.

A joint news release announcing the end of the outage did not disclose what made the two sides come to a deal, but said Tegna and DirecTV owner AT&T regret any inconvenience to their customers and viewers. (12/21/2021)

This is the heading

Nexstar-owned stations in nine Upper Midwest markets have been restored to DISH Network after what DISH had described as the largest-ever retransmission consent dispute.

DISH announced in a news release issued at 11:05 p.m. Central time on Christmas Eve that it had reached a new multi-year agreement with Nexstar. Terms were not disclosed.

The outage began at 6 p.m. Wednesday, Dec. 2 and ended late in the evening on Christmas Eve. The dispute has included 164 Nexstar stations in 115 of the nation’s 210 TV markets. Regionally, the dispute affected:

As is the custom in such disputes, each side issued strongly-worded announcements accusing the other of wrongdoing. Nexstar said DISH was offering “less than fair market value” for the rights to carry its programming and accused DISH of having a “documented long-term practice of putting its paying subscribers in the middle.”

The Nexstar-DISH outage came a day after a Tegna-DirecTV outage that also affects Des Moines and the Quad Cities, meaning satellite customers in those cities couldn’t escape the disputes by switching to the other provider. The Tegna-DirecTV dispute has also been resolved. (12/24/2021)